We just got back from a long weekend skiing in Zermatt, Switzerland, and I am already aching to go back. Aching literally – my body is quite sore from all of the skiing! Our four day trip involved two and a half days of skiing, two rounds of Settlers of Catan, and lots of après ski. We experienced near perfect ski conditions, two beautiful sunny days, and surprisingly empty pistes. It was such an incredible weekend in Zermatt; I honestly fall more in love with the place every time I visit! 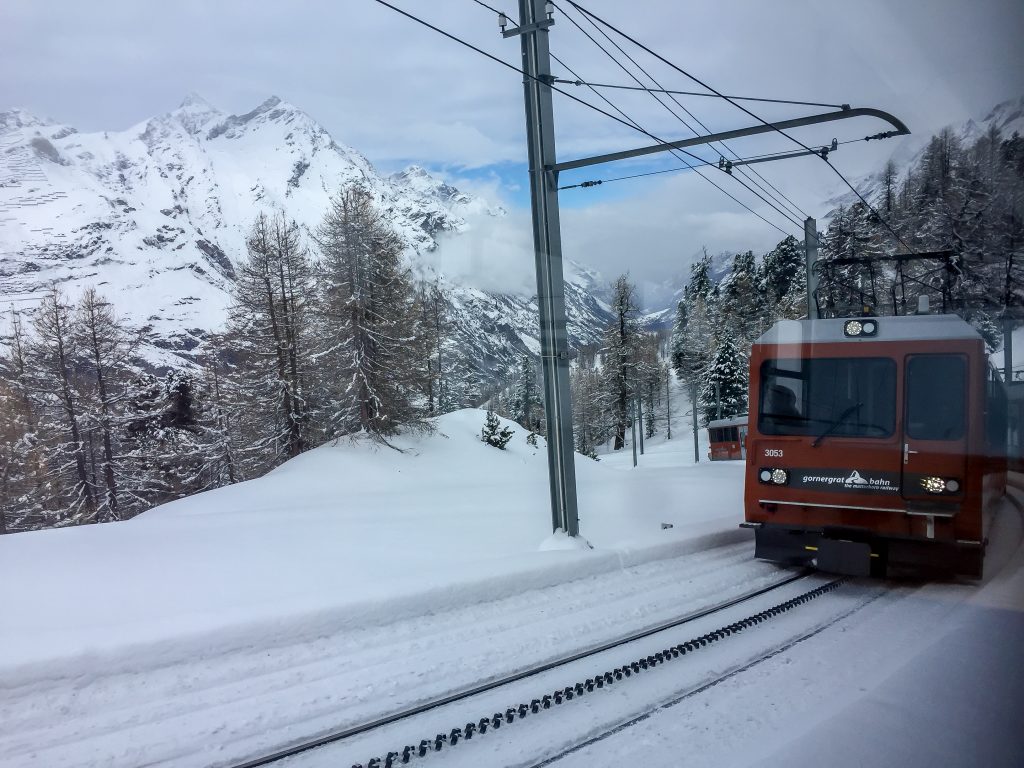 We planned this trip with our friends Fliss and Brian as a pre-Valentine’s Day ski weekend, and it turned out to be an even better weekend than I expected it to be. Skiing in Zermatt is always fun, and it’s extra fun when we get to enjoy it with friends. The weekend was meant to be filled with skiing, après ski, and chilled nights at the flat; we managed to accomplish those pretty well, and even veered from our plan a bit for some extra fun!

After a rather nerve-wrecking drive up the mountain late at night while it was snowing, we arrived in Täsch, our base for weekends in Zermatt. Täsch is the village closest to Zermatt and it is incredibly easy to get between the two; a shuttle runs every 20 minutes and takes about 15. We went straight to bed on arrival, eager to start skiing the next day.

The next morning, the boys ran out to the grocery store and started on breakfast before Fliss and I even woke up. We quickly ate, jumped on the train, and headed into Zermatt to pick up our skis from the rental shop. We rented from Skiset – the prices were great, the service not so much! Once we had our skis, it was time to start skiing. We spent our first day skiing at Sunnega, our second at Gornergrat, and our third doing a mix of the two. If you’re familiar with skiing in Zermatt, those names probably make sense to you; if not, here’s a handy map. 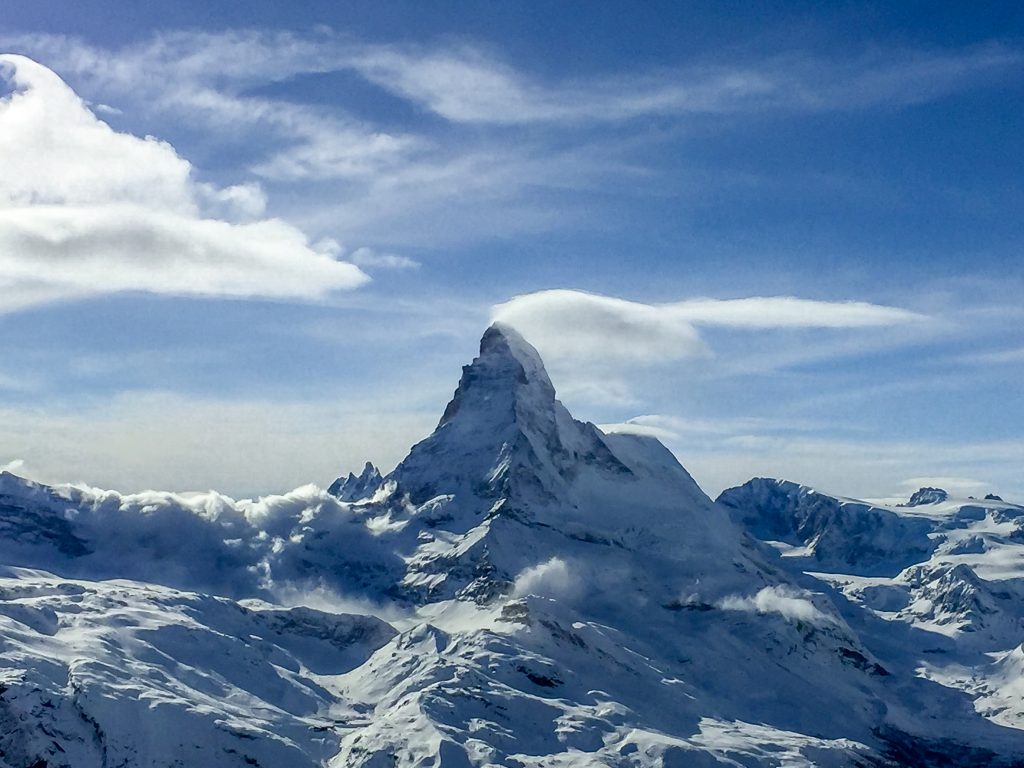 Skiing in Zermatt (& Après Skiing, too!)

Our days started on piste and ended off piste at one of Zermatt’s many après ski bars. After a good first day of skiing at Sunnega, we took the funicular back down to the bottom and went for a few drinks at Cervo. We found a perfect seat and sat listening to live music and admiring the mountain views. 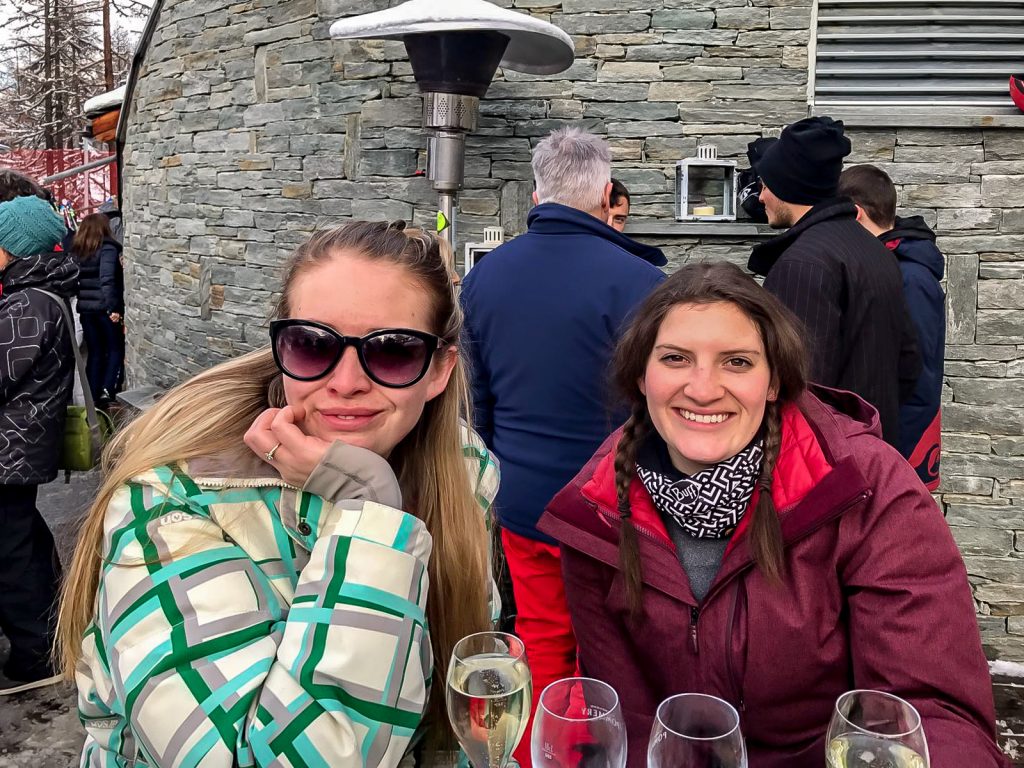 The second day wasn’t as glamorous. Our intention was to go to the Igloo Bar after a long day skiing at Gornergrat; however, extremely windy conditions forced us to end our ski day early, much to Sean’s disappointment (I think he’d keep skiing in an avalanche if he had the choice!). Instead of heading home early, we parked ourselves at the Brown Cow Pub for some drinks. Then, on the last day, we went for a marathon of après ski – wine at Chez Vrony before skiing down, drinks at Harry’s Ski Bar right after returning our skis, and some more at Time Out, the sports bar, while watching England play in Six Nations. It was the grand finale of our trip, after all! 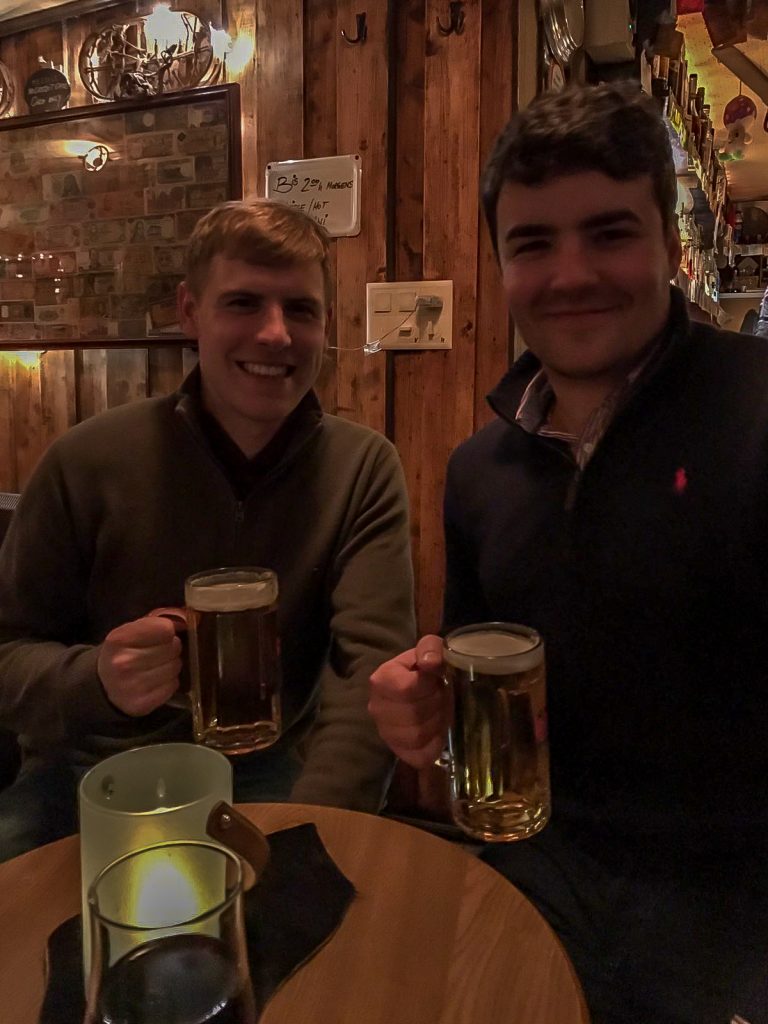 The majority of the weekend was spent sharing our favorite spots with Fliss & Brian, or rather Sean’s family’s favorite spots that have now also become ours.  From our go-to après ski bars mentioned above to Cafe du Pont, our go-to fondue restaurant, we pretty much covered the best of the best. However, we now owe a huge thanks to Fliss for introducing us to a new favorite spot, albeit accidentally. 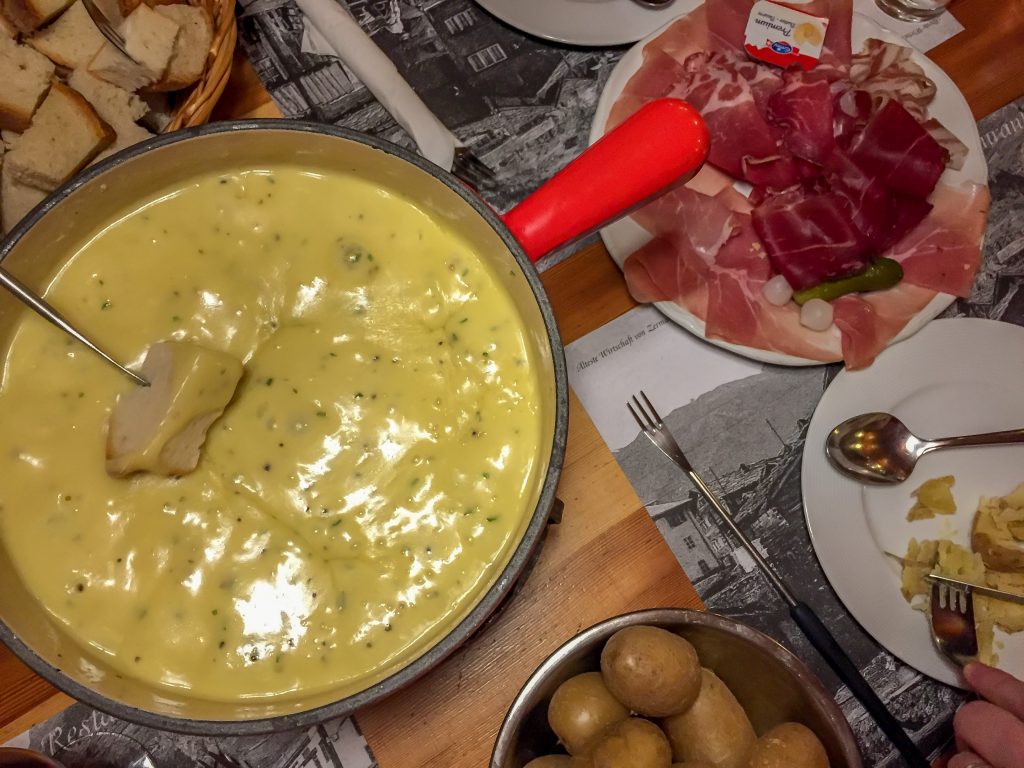 On our third day, Fliss wanted to stop for hot chocolate at a restaurant we had skied past many times. They had sheep skins on the seats and blankets to wrap up in and she figured it was the type of place that would know how to make real hot chocolate. She was right – and so began our discovery of Chez Vrony. The restaurant is everything you could want from a mountainside Alpine restaurant – the chalet feel, the coziness, and the friendly staff which include the owners themselves. We did not eat there, but we did return later that day to enjoy a bottle of wine alongside stunning views of the Matterhorn. It’s most likely now going to be a spot that we visit every time we are skiing in Zermatt! 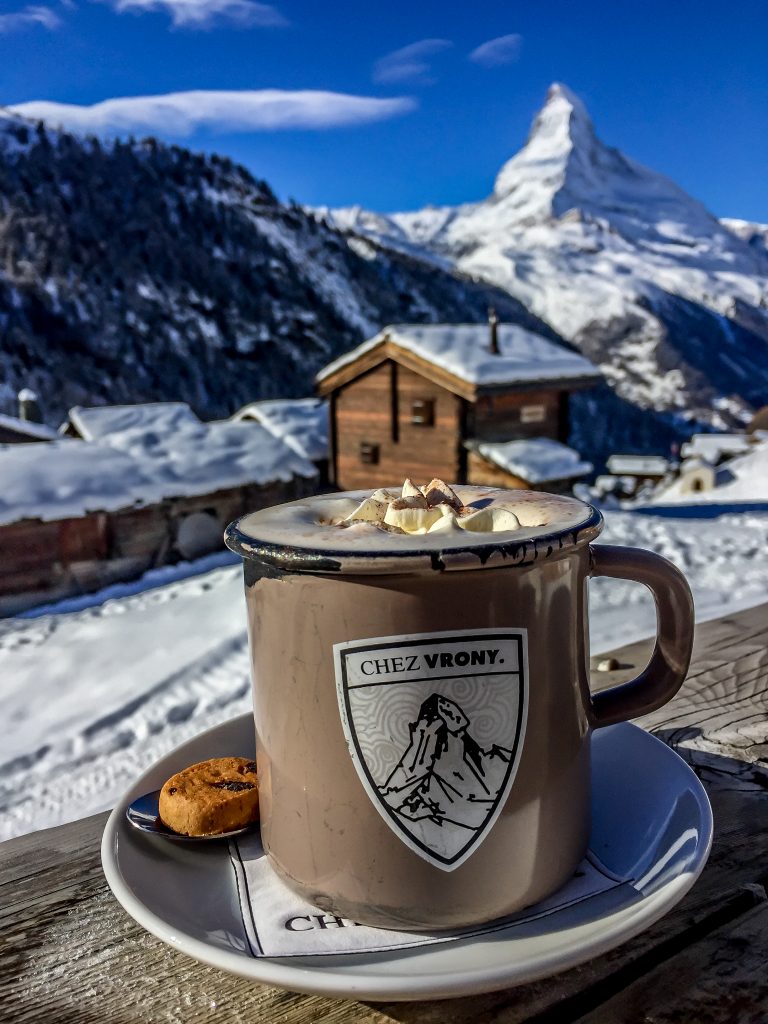 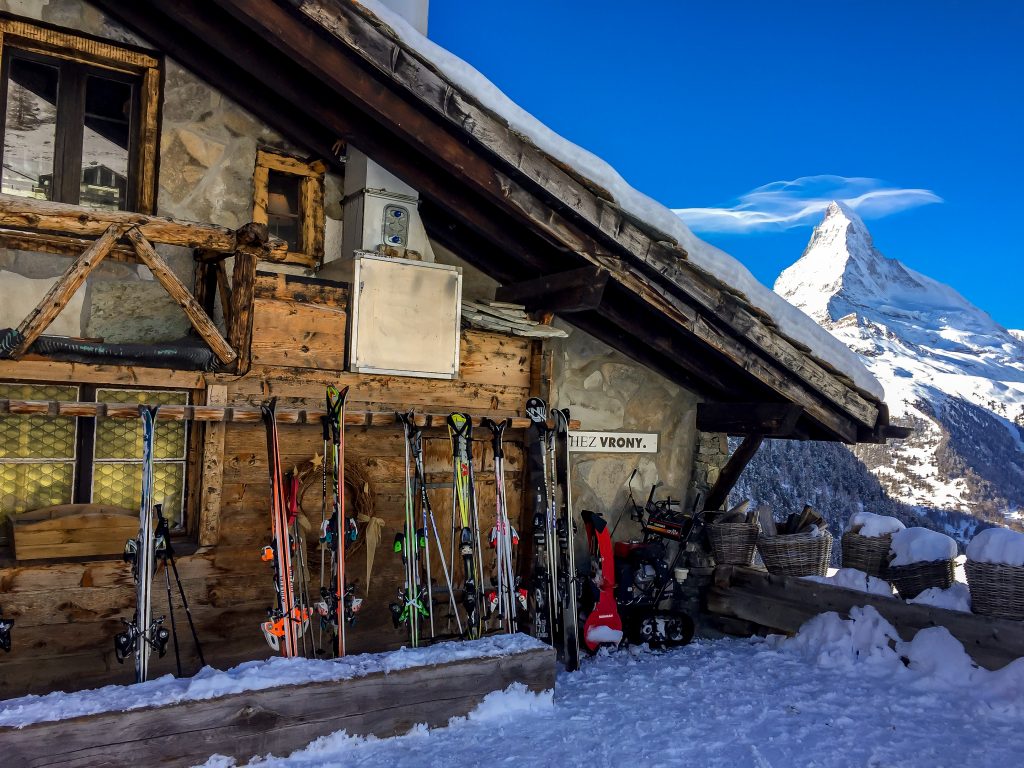 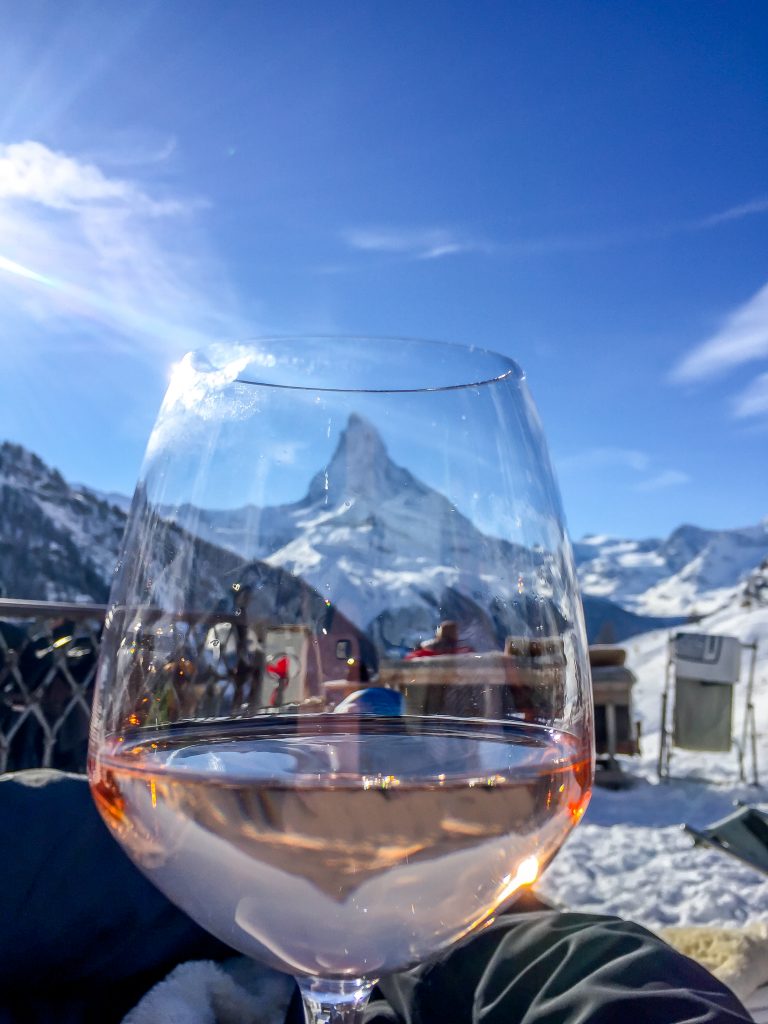 Sean and I make it out to Zermatt every year at least once (well, three years running for me), but it would be great to go out with friends more often! I think the four of us all agree that it was a great ski weekend and that we all pretty much left better and more confident skiers than when we arrived. In the end, Fliss was the only one to end the weekend with a clean record – 0 falls compared to my two, Sean’s faceplant into the snow, and Brian’s epic fall & recovers. 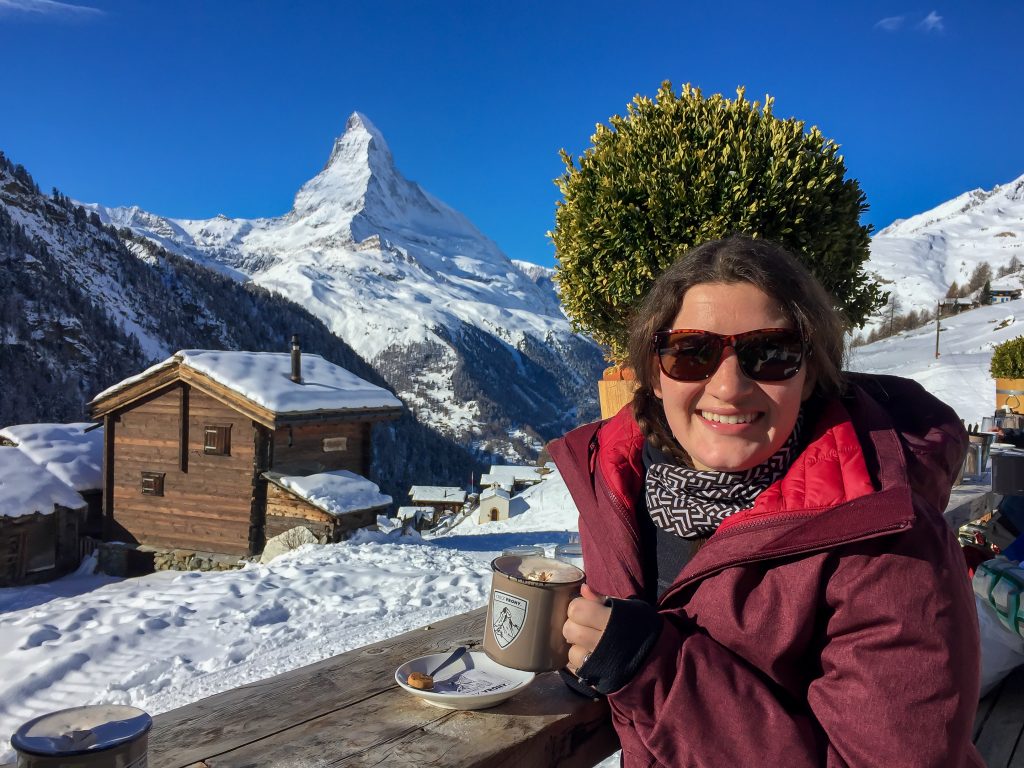 It’s been a long journey to get me feeling confident in my ski legs after a broken arm incident nearly 15 years ago. However, after this trip, I finally feel like I’m getting there! In fact, this is our first ski trip that has not somehow led to me crying on the mountain out of pure exhaustion and frustration. I can only hope this confidence carries over to next season…or that we can squeeze in one more ski trip this season – and a couple more visits to Chez Vrony, of course! 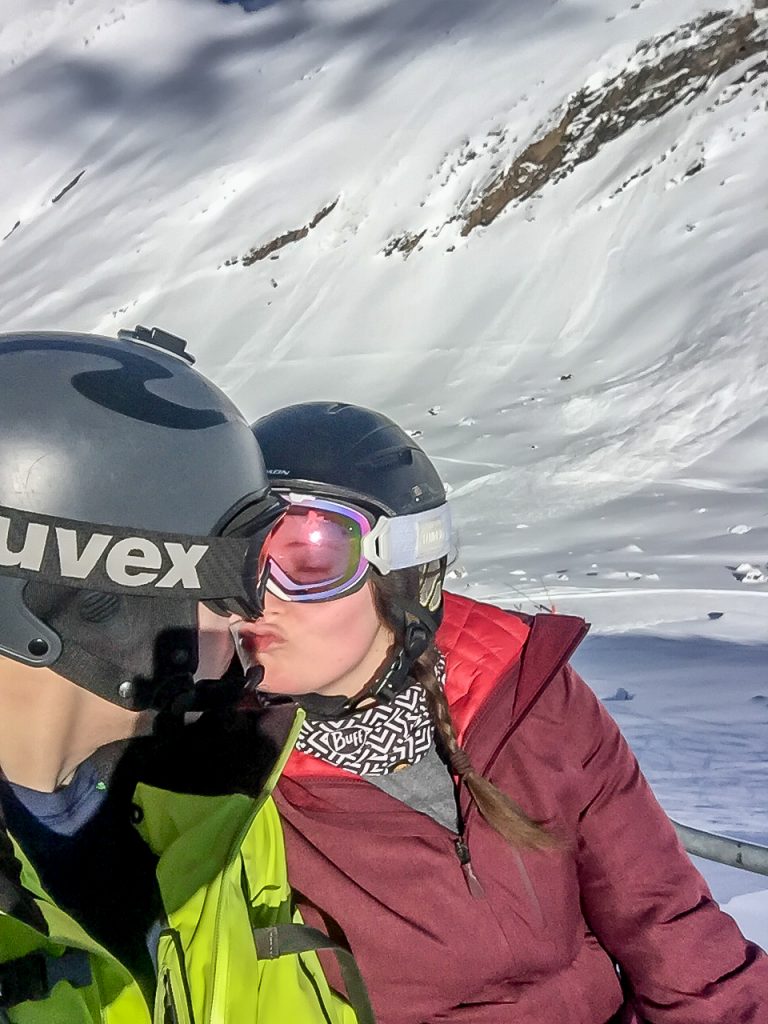 P.S. I mentioned in our 2017 Travel Plans post that we want to improve our photography this year. The stars can be pretty incredible in Täsch so I knew I wanted to capture them, and we gave it a go this trip. With a full moon & clear skies after a incredibly cloudy and windy day, we managed to get our first ever stars shot. Of course, there are still many ways we could improve – but we’re quite proud that you can see Orion’s Belt in this photo! 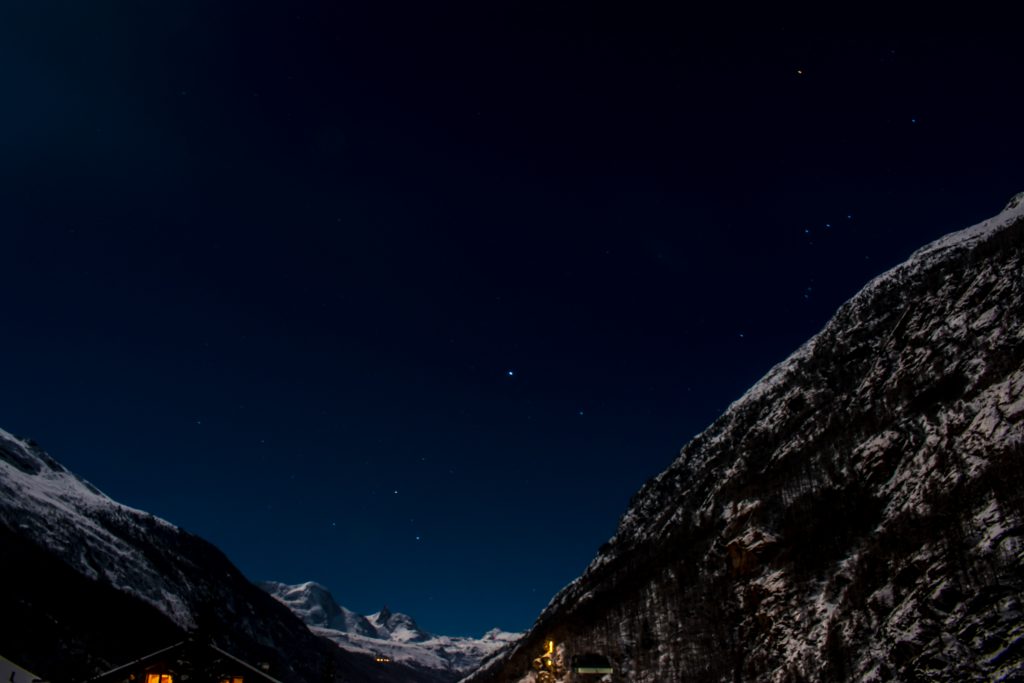 Planning on skiing in Zermatt soon?

Sean’s been visiting for years and is pretty much an expert on the place, to an extent. Feel free to ask any questions in the comments below and he’ll be happy to pass on his knowledge!

6 thoughts on “Skiing in the Swiss Alps”