After attending EURO2016 in France, we realized that international sporting tournaments are something everyone deserves to attend at least once in their lives, but they’re far from short of safety concerns. At EURO2016, we witnessed and heard about tons of violence and crime happening in the streets, in the fan zone, and in the stadium itself. However, thanks to preparation and a good travel group (Sean’s parents are pros at these tournaments), we were fortunate to enjoy the experience of watching England play in an international tournament without getting caught up in any of the bad stuff. We don’t want to stop attending these tournaments, but there are definitely a lot of things to think about for future tournaments.

Sports culture is an amazing thing and it offers an experience unlike anything you can imagine, especially when it is people from all over a country rallying around one representative team. We highly recommend everyone attend an international sporting event at some time in their life, whether it is the Euros, Olympics, World Cup, or something entirely different – but it’s important to be smart about it. 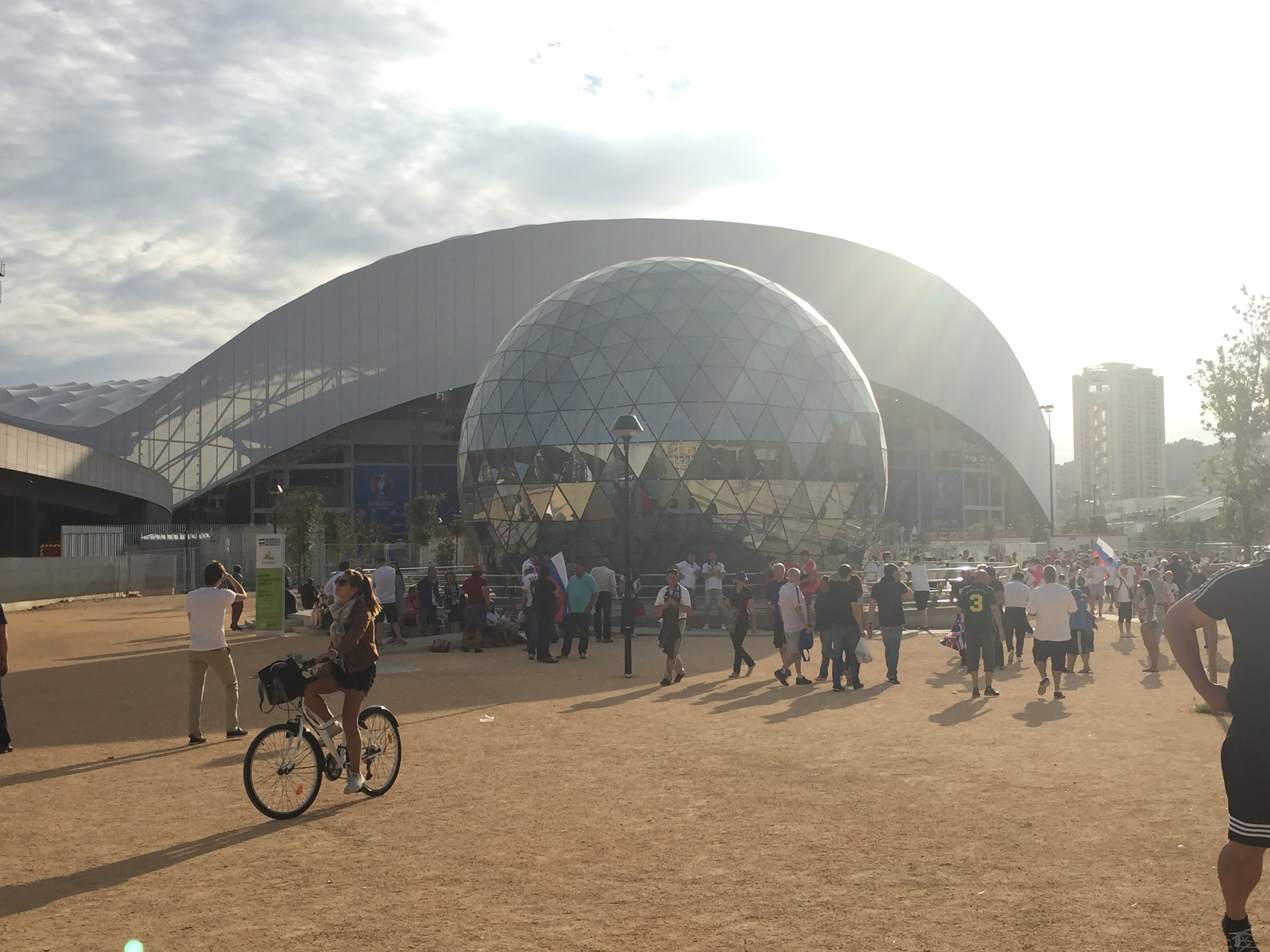 With that in mind, we have decided to provide some tips for remaining safe during these events in order to ensure you are able enjoy the experience as much as you should!

How to Stay Safe at International Sporting Events

You know the saying – safety in numbers. However, if that number gets too large (20, 50, 100 people), things can get rowdy and out of control. Stick with your group no matter what, but avoid jumping into the middle of large public gatherings. You never know if one side is going to get violent, or if a stampede starts and you cannot get out. You’ll have the most fun with your group anyway, so just stick with them and do your own thing.

Similar to with peaceful political protests, events that are meant to be peaceful can sometimes get violent; all it takes is one person to completely change the mindset of a large group. Stick with your friends and enjoy yourselves, but remain vigilant, pay attention to travel alerts, and don’t go anywhere you’re not comfortable going.

Research where you are going ahead of time

Is there usually violence in the city you are going to? Are pickpockets common? Do they have a gang culture? Are you aware of which areas are best to stay in, or safest? Do you want to stay near the stadium so you can walk back to your hotel after the game? These are all things to look into and keep in mind when planning a trip to an international sports tournament. It’s hard to disguise a large group of tourists, and they serve as the perfect target for violence from local groups.

Going into EURO2016, we knew that there were some bad parts of Marseille and chose to stay about 25km out in a quieter and less crowded area. When spending time in Marseille, we stuck together and avoided large gatherings. Research can only help, so be sure to do plenty of it before embarking on a tournament trip.

Make sure you know the address of your accommodation and a contact number, local emergency numbers, and the numbers for any contacts you have in the city you are going to. When it comes to safety, the more people you can contact in a situation, the better. Also keep a small bit of money in a safe place so you can get an emergency taxi or use a payphone if it comes down to it.

Police may be asking you to leave a specific area even if that area does not appear to be violent. Stadium security may tell you that your bag is too big for the stadium and that you need to check it. You could be asked to move, or break up from a large group, or take a detour. You may not agree with them, but obey them. It’s better to be on the good side of law enforcement officers and other authorities. If you’re questioning the decision, obey them anyway, and then find another nearby officer and verify the information.

Distribute your tickets ahead of time

This comes from a personal mishap of ours which resulted in 5 tickets going missing. If you are in a group, make sure each person has their ticket ahead of time – and distribute them when you are in a safe place, like your hotel room or in the car. If one person gets pickpocketed or loses their ticket, it will be much easier to replace one than to have to replace all of the tickets if they are bunched together. This also means you are not pulling out and handing out a bunch of tickets when you are in a busy area where it would be easy for somebody to walk by and snatch one, or for one to get dropped or blow away.

Above all, just be sensible! It’s kind of like the “if you see something, say something” campaigns – if you’re in a situation that seems a bit fishy, get out of it quickly. You are at an international sporting event – it’s going to be crowded, it’s going to be exciting, and you’re going to get wrapped up in it. That’s not a bad thing. Just stay smart and enjoy your experience!

We decided to write this post after attending EURO2016 in France.