A friend’s wedding gave my primary school friends and I an excuse to reunite for a summer holiday in Barbados. We left the girlfriends behind, packed our bags, and headed across the Atlantic to drink rum, rum, and more rum. The wedding festivities took up a few afternoons only, but we decided to make it a week in Barbados, and made sure we took advantage of our spare time there.

Of course, taking advantage of spare time can be viewed differently by everyone. I’ll be the first to admit that, in our case, we didn’t do much during our week in Barbados – but that’s the purpose of a holiday, right? The week in Barbados mainly consisted of lying in, going for brunch, playing sport at the beach all day, and then ending the night with rum. Can you tell we like rum? However, despite all of the laziness, we did do some pretty cool things. 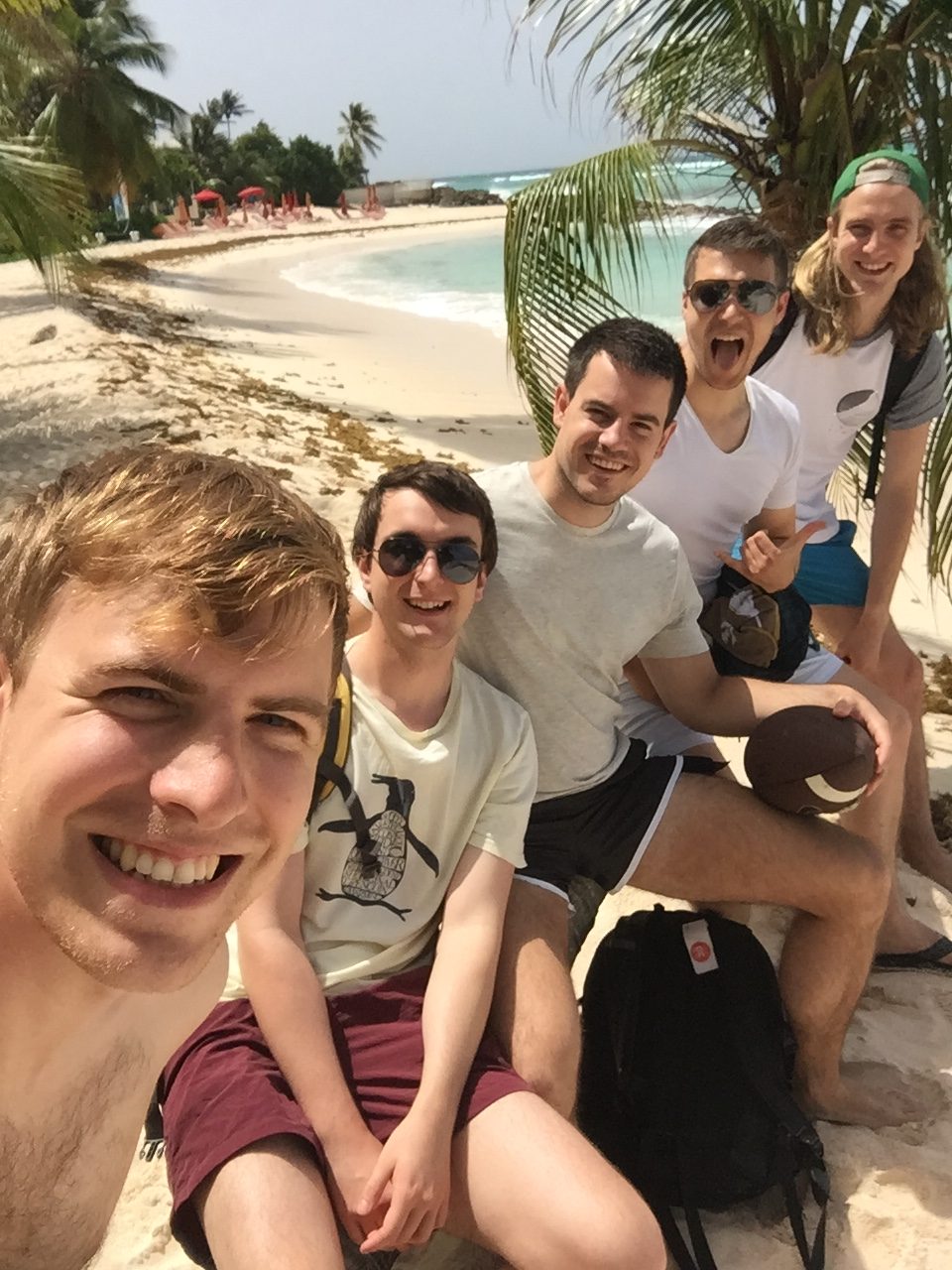 Based on my week in the sun, these are the things I recommend you do when you have one week in Barbados:

Go snorkelling on a boat around Barbados 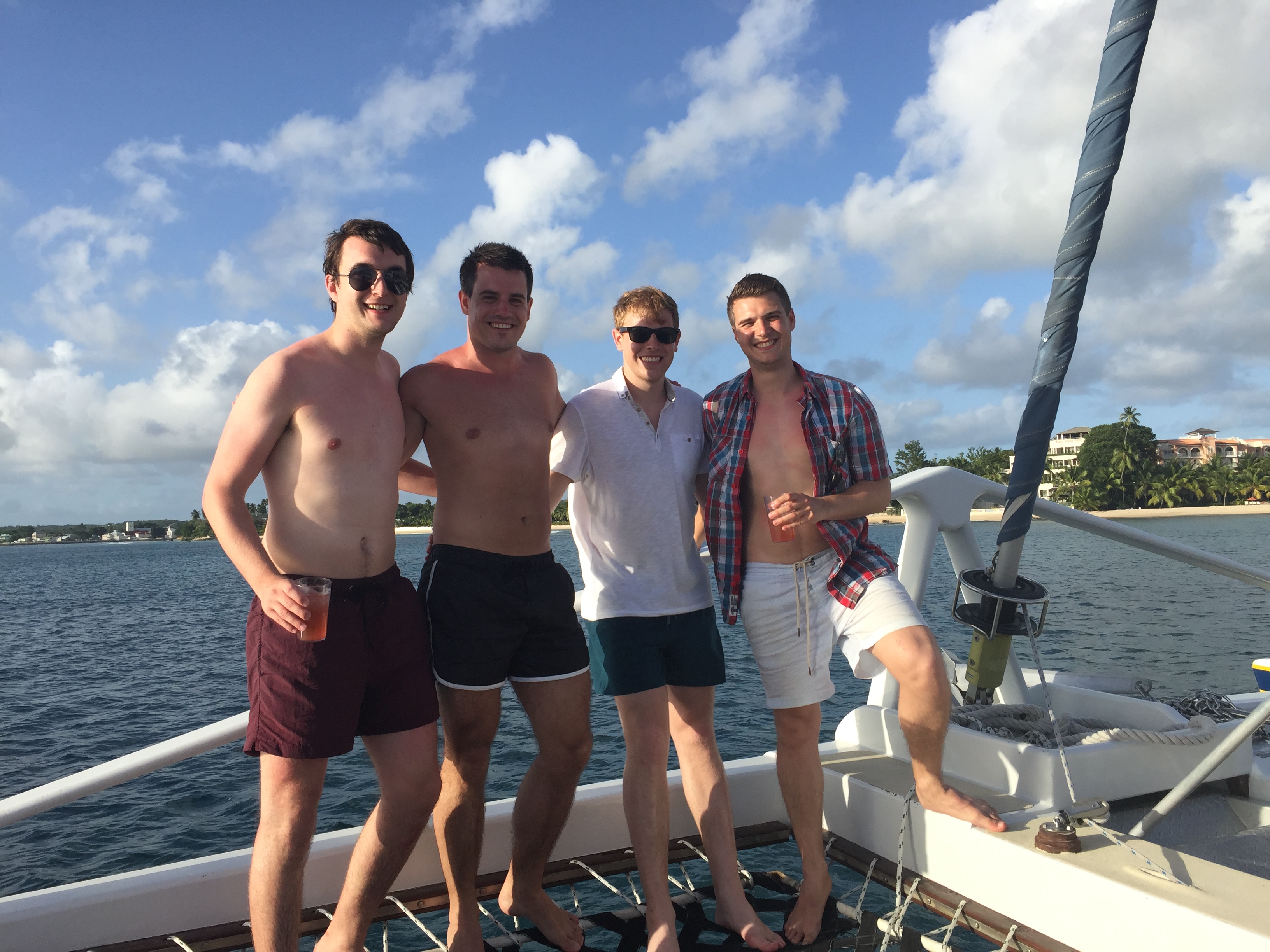 We booked a snorkelling trip through Silvermoon Cruises and it was easily one of the best things we did the entire trip. The cruise started first thing in the morning at 9am. We were welcomed with a rum punch before we even got on our way. Throughout the day, we continued drinking in between snorkelling stops. It was honestly half booze cruise, half snorkelling trip!

The reefs were beautiful and we had a blast swimming around looking at the fishies. There are plenty of boat trips in Barbados that you could choose from, but I do recommend the one from Silvermoon. Our boat trip consisted of only a small group, of which we made up about half, so it was the perfect environment for a relaxing day at sea.

Take a tour of the Mount Gay Rum Factory 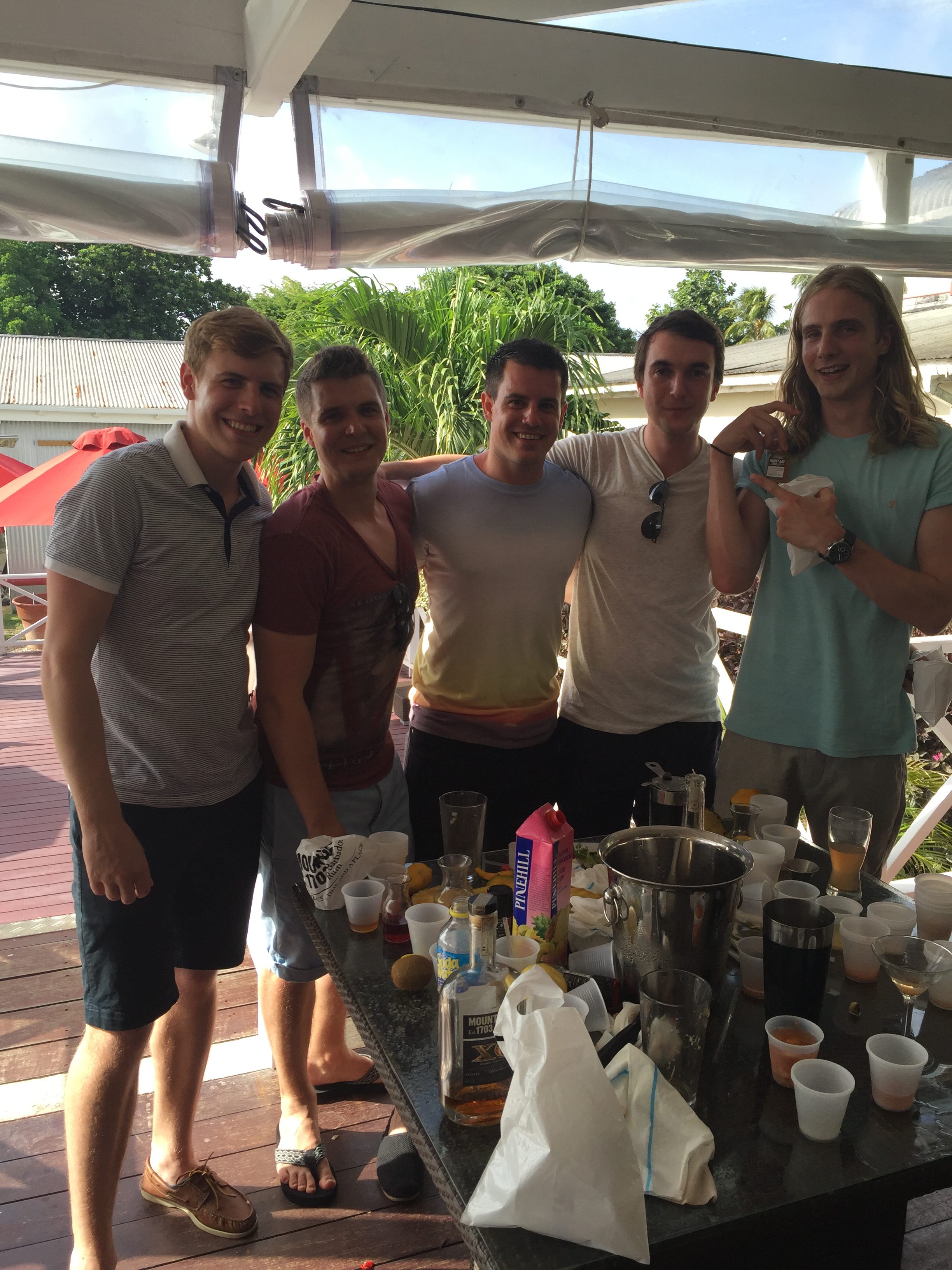 We made a bit of a mess while trying to make the perfect cocktail on the Mount Gay Rum Factory Tour – ours also came in last!

Of all the activities we booked for our week in Barbados, we were most excited about the Mount Gay tour because, well, we like rum. Unfortunately it ended up being the most disappointing part of the trip. We expected the tour to be at the actual distillery, similar to brewery and vineyard tours. However, instead, it was just at a tourist centre.

We were led through a couple of rooms where they showed us photos and videos and told us a bit about the history and present day of Mount Gay. At the end, they brought out all of the rum – we sampled a bunch of different types that Mount Gay Rum Factory offers, and then ended the day with a cocktail making competition. They give you an hour to make the perfect cocktail, then each group tries the cocktails from the other groups as well. In the process, though, you drink a lot of rum. That was the best part of the tour!

If you like rum, this tour is worth it because of how much you get to drink; however, in terms of learning about the process of making rum, it was definitely disappointing. 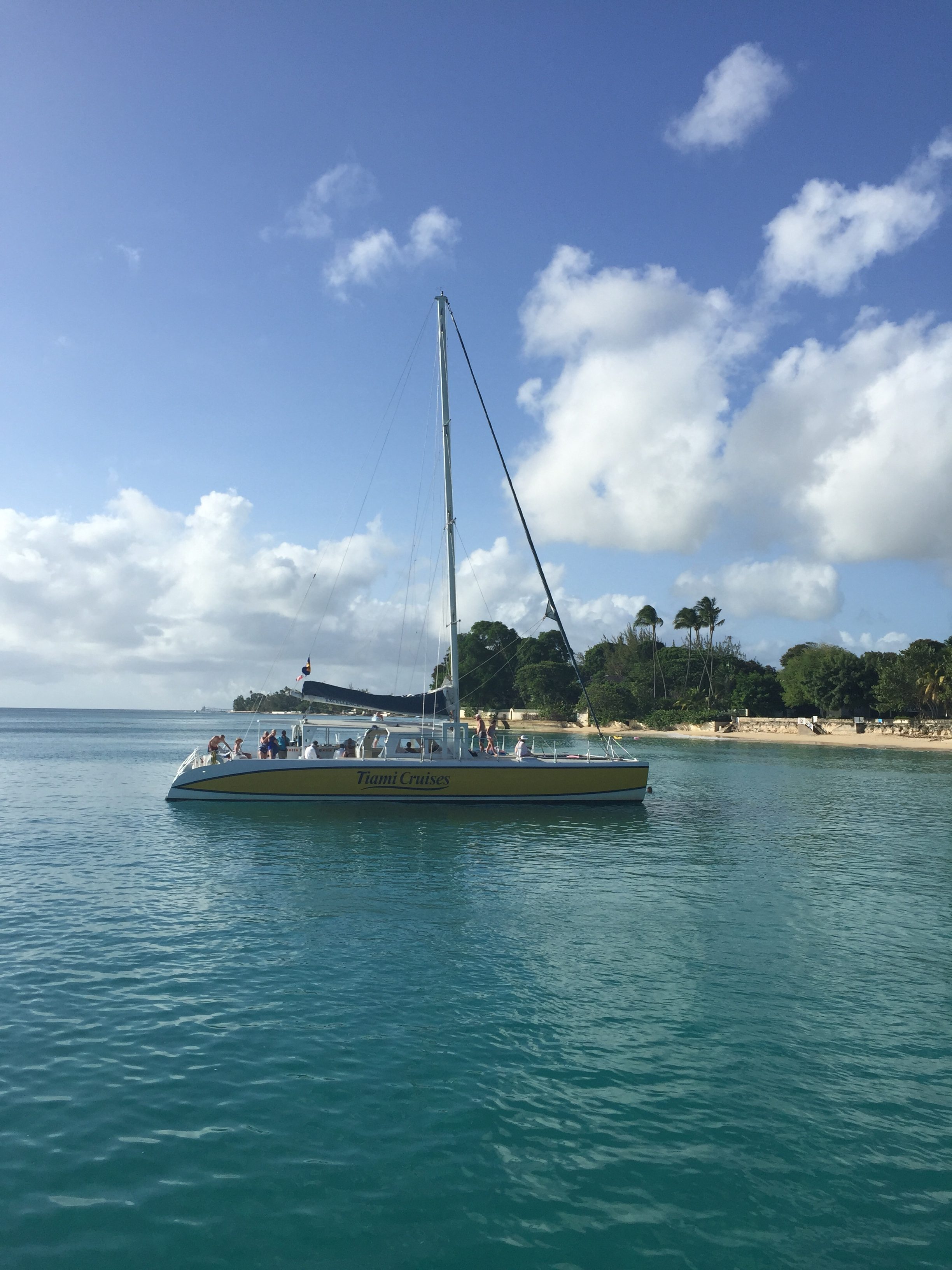 Okay, now I feel like I’m making an itinerary that should be titled “A Boozy Week in Barbados.” Just kidding – these recommendations are great ways to spend a week in Barbados, whether you’re drinking or not!

As part of the wedding festivities, we were invited on an evening catamaran booze cruise. While everything we did was part of a private party, there are a variety of companies in Barbados that offer similar boat cruises. The boats are chartered for your party (or for a group if you go with a public tour) and you just go and cruise around for a couple of hours. This basically consists of drinking in the sun, and then getting dropped off and watching the boat sail off into the sunset. A very romantic part of Barbados (especially for a lads trip), if you ask me.

Enjoy lazy days on the beach under the Barbados sun 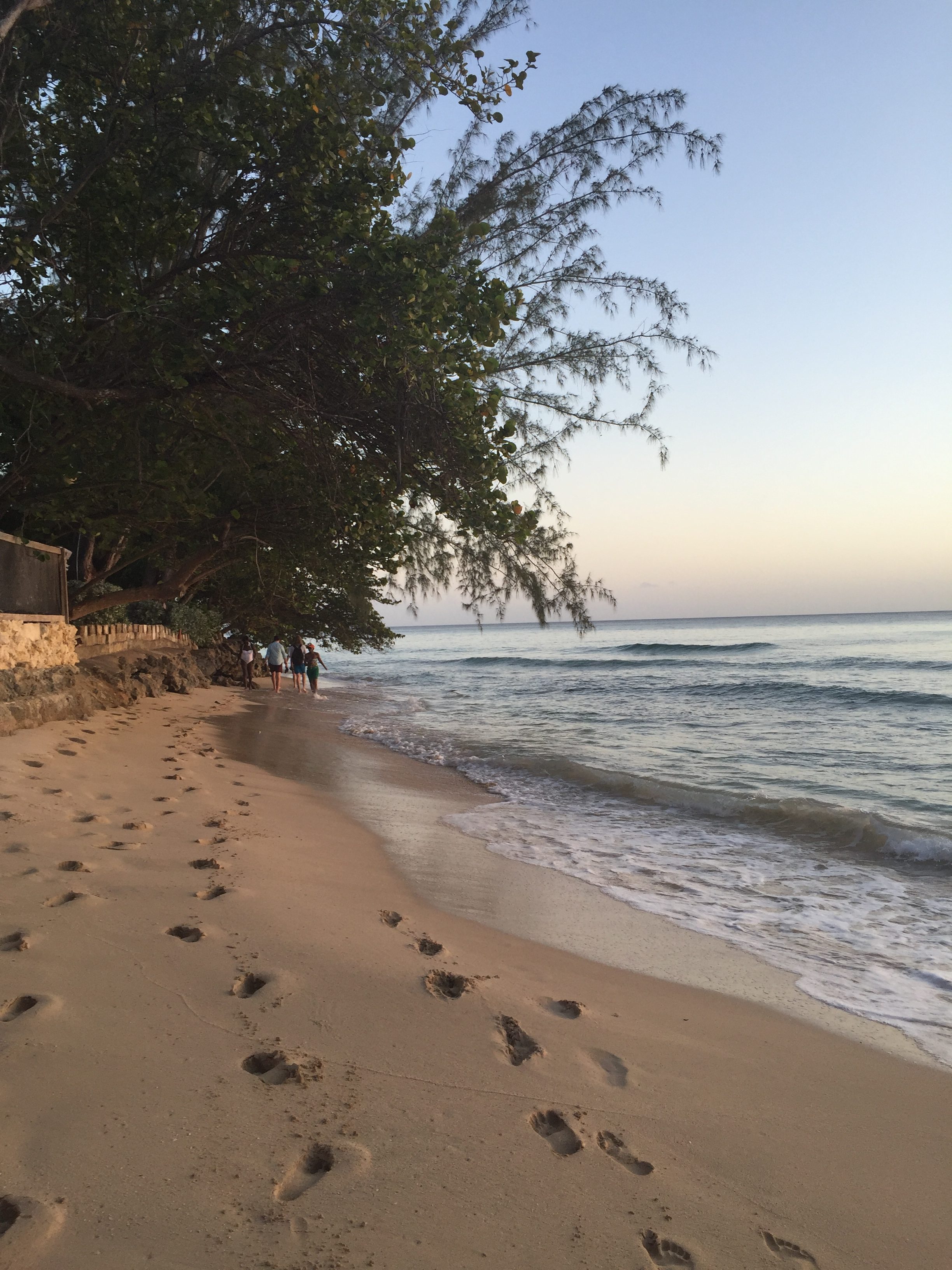 The best part of a beach holiday is those days when you do literally nothing. Ours consisted of lying in the sun, playing sport on the beach, and drinking rum. The Barbados beaches are really nice – the water is cooler than the Mediterranean, but still really nice and perfect for cooling off after so much time in the hot sun. One thing to note, though, is that Barbados is HOT. It got to the point where it was actually too hot at times; so if you want a beach holiday minus the extreme heat, I recommend trying somewhere else. 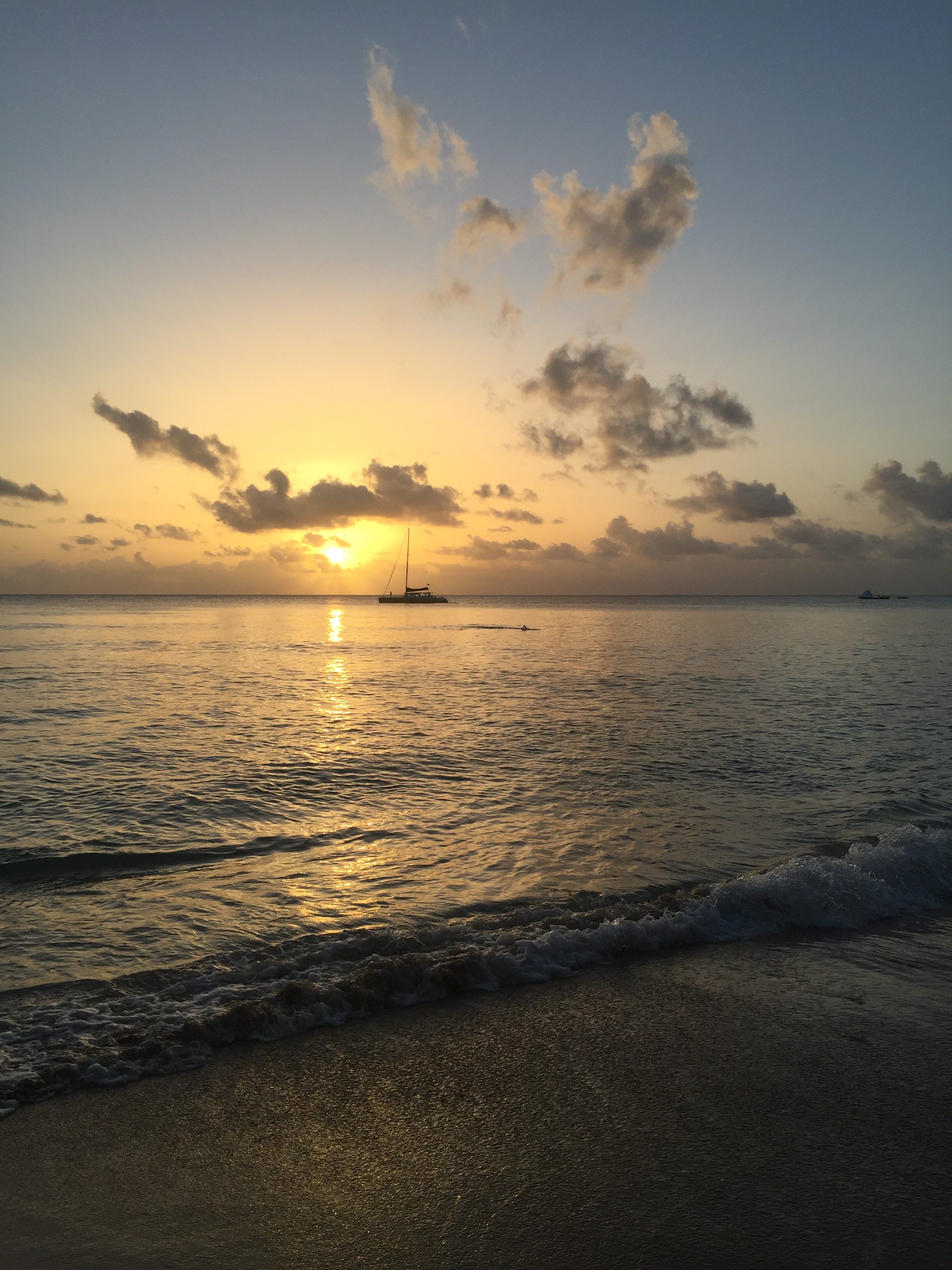 My one week in Barbados was beautiful and I definitely see myself going back; though, I think I’ll probably have to take Kelly next time because I feel kind of bad. Only a little, though. It was a really fun trip.

What’s your idea of the perfect beach holiday?

Let us know in the comments below! 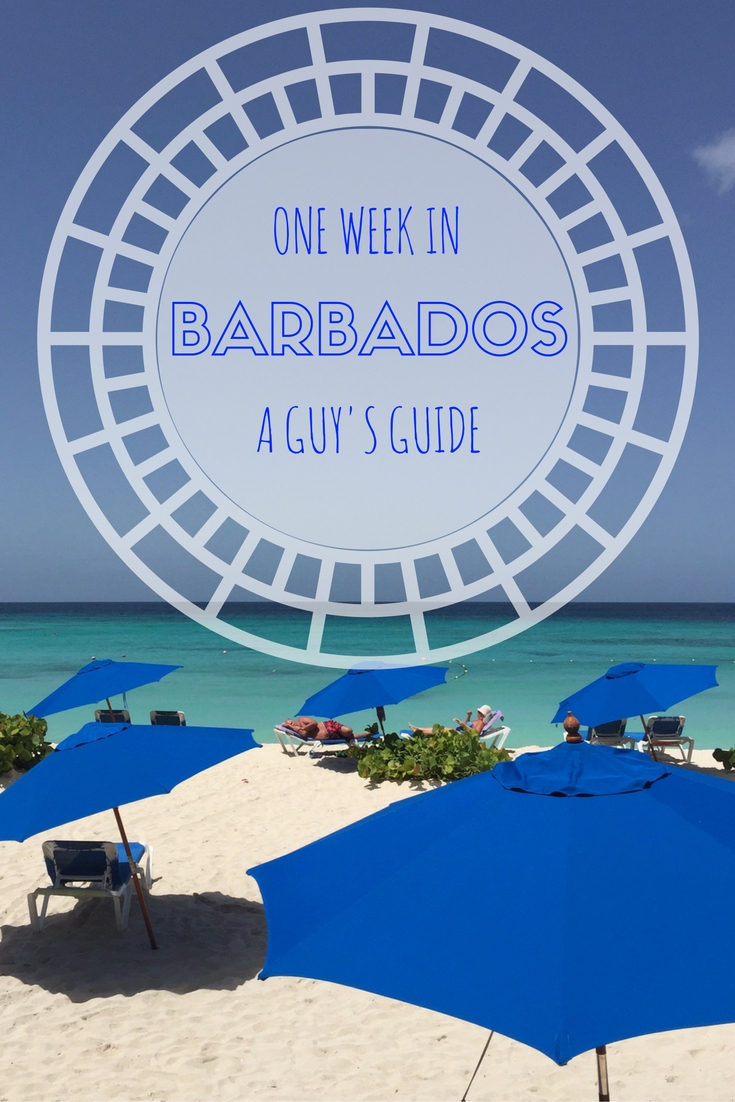 One thought on “A Guys Trip to Barbados”